Amsterdam and the Avant-Garde

Experience and explore Dutch Modernism on Travel Wright’s inaugural visit to the Netherlands. Renowned for its townhouses, merchants’ mansions and picturesque bridges and canals, Amsterdam is a city that melds 17th century historic charm with important modernist design. Here, visionary architects such as Hendrik Petrus Berlage and Willem Marinus Dudok looked to the British Arts and Crafts Movement, and the work of Louis Sullivan and Frank Lloyd Wright as they sought a modern expression for Dutch architecture.

Wright’s pioneering Prairie style of architecture was well-known in the Netherlands by the second decade of the twentieth century. In 1911, Berlage visited the United States specifically to see the work of Louis Sullivan, H.H. Richardson, but especially that of Wright. Upon his return to the Netherlands, the architect embarked on a lecture tour in Holland and Germany, promoting Wright’s work and vision for a new, modern architecture. Berlage’s visit marked the beginning of a close relationship between Wright and his Dutch colleagues—both the expressionists of the Amsterdam School and the rationalists of the De Stijl movement.

From our base in central Amsterdam, visit The Hague, Rotterdam, Utrecht and so much more. Explore masterworks of Dutch Modernism, including the iconic Rietveld Schröder House and the Van Nelle Factory, both UNESCO World Heritage sites.

Dutch Modernism: Amsterdam and the Avant-Garde is led by Dutch art historian Frans Henk Hoekstra, who has conducted architecture tours both in the Netherlands and the USA, exploring connections between Wright and his international contemporaries. 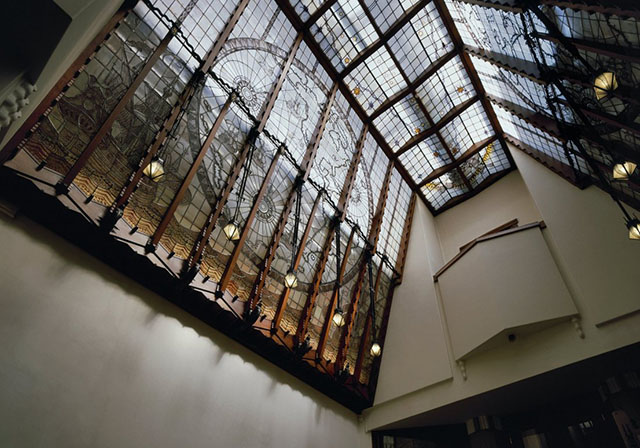